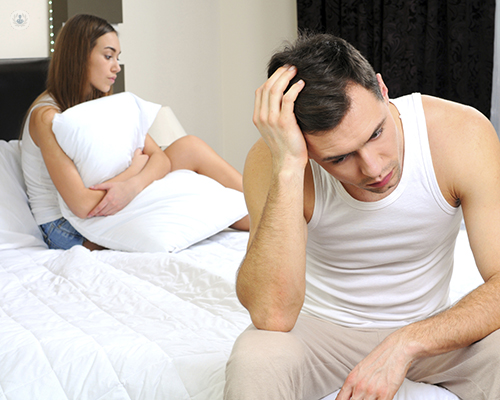 What are the causes of male infertility?

It is not fully understood why the sperm becomes damaged or low in number, but it is believed that incorrect temperature regulation, such as the testicles being too hot from tight clothes, or from having a source of heat such as a laptop close to the genitals for long periods.

Other factors that may cause male infertility

Other reasons for male infertility may be as a result of infection or damage to the testicles, testicular cancer, or testicular surgery may reduce sperm production.

Some men may have problems ejaculating during sex, causing further difficulty in causing pregnancy. A condition known as hypogonadism, where males have an abnormally low level of testosterone can often be a cause of low levels of sperm.

There are many other factors that can have a detrimental effect on the quality and quantity of sperm produced by a man, and numerous conditions that can have an affect. Lifestyle choices that are known to cause low sperm count, or abnormal sperm include recreational drug use, smoking and drinking excessively, obesity, and high levels of stress.

How can male infertility be prevented?

Many of the causes mentioned above are unavoidable, and the next course of action for couples wanting to get pregnant may be to explore other options such as IVF treatment, or egg freezing. Making changes to the lifestyle will also help the chances of producing healthy sperm. Avoiding smoking, cutting down on alcohol intake and eating healthily will likely have beneficial effects, along with reducing stress levels where possible.

This website uses cookies to improve your experience while you navigate through the website. Out of these cookies, the cookies that are categorized as necessary are stored on your browser as they are essential for the working of basic functionalities of the website. We also use third-party cookies that help us analyze and understand how you use this website. These cookies will be stored in your browser only with your consent. You also have the option to opt-out of these cookies. But opting out of some of these cookies may have an effect on your browsing experience.
Necessary Always Enabled
Necessary cookies are absolutely essential for the website to function properly. This category only includes cookies that ensures basic functionalities and security features of the website. These cookies do not store any personal information.
Non-necessary
Any cookies that may not be particularly necessary for the website to function and is used specifically to collect user personal data via analytics, ads, other embedded contents are termed as non-necessary cookies. It is mandatory to procure user consent prior to running these cookies on your website.
SAVE & ACCEPT